The end of year phase is at last here. The corridors and classrooms are empty.  Although, at least in the art department that isn’t entirely the case. First the piles of rubbish bags of a year’s worth of debris have to be shifted.  At the same time the grades have to be entered into the computer before the deadline.  And then of course there is the start of the next school year to think about.  Every hour of prep work now can save you an hour of prep work during the holidays.

It is all a little bit frantic to be honest. I find myself switching from one task to another. A new colleague is starting after the holidays, so it’s important to make the necessary extra arrangements to ease her path at the start, which of course means more preparation now.  There is also the visitation that we are having from the bilingual education board here in the Netherlands that will be rolling up in October….large volumes of documentation of all aspects of the education that we offer to be gathered and got ready for presentation.

These are very different kinds of weeks at the end of the school year. The thought of a holiday just around the corner is a good feeling. But the quiet emptiness of the rooms that are normally so full the rest of the year is kind of nice to enjoy.

1700 pupils on one site is the set up where I work. On a rainy day in the winter when everyone stays inside through the lunch break, or at the switch between lessons the building is really heaving with teenagers flowing through from one place to another. In contrast to that the last days and weeks of a school year can have a fantastic sense of calm.  Yes there is a lot to still be done, clearing up, meetings, preparation for the next school year and the marking of end of year projects and work. But often in these last days you find yourself simply sitting at the computer in an empty classroom or some other solitary task and you are struck by how wonderfully different your familiar work place feels without the kids.

I’ve been writing the following post off and on, in odd moments during the last week. There’s been a lot to take in! 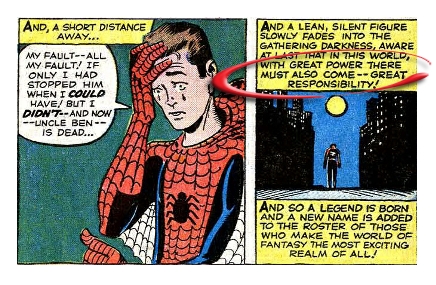 I never intended my blog to get too political in its content, but sometimes it is difficult to avoid. A week ago I wrote of a Brexit campaign dominated by ‘opportunists and second hand car salesmen’. I stand by that, and in particular by the ‘opportunists’ part. Boris Johnson has been shown to be a political chameleon interested only in his own ego and the climbing of political ladders, constantly repositioning himself to achieve that next rung.

It’s strange then to see him stabbed in the back by one of his own. Loyalty to ideals and individuals seems to be in short supply at the political top. I suspect that might actually be one of the greatest problems the political class has to face up to in these turbulent times. Integrity and credibility in our representatives and their actions are so desperately needed right now.

Chief back stabber yesterday was Michael Gove. In a rapid switch he took Boris Johnson out leaving him limp and deflated, like a week old party balloon. However, with this being much more an educational sort of blog generally, it is perhaps worth reminding ourselves of how Gove left his previous job as Education secretary.

Although I don’t work in British education, (I work over the North Sea in Dutch state education) I do know many who do and followed Gove’s tenure through the media. On the day that he left the department of education the Guardian newspaper published an interesting article where an array of educationalists expressed a diversity of opinions. There is still a long way for Gove to go in his bid for the political top job, but the article does provide some interesting background reading.

Four days on, and confusion continues to reign. Michael Gove doesn’t, at least for now seem to have benefitted from any great springboard effect from elbowing Johnson out of the way. In fact backstabbing actually doesn’t seem to go down too well with your political peers it would seem.

I lose track of the number of times that I have been asked in the last week or two for my opinion on the situation. It would seem that being British and living in the ‘other bit’ of the EU has suddenly made me something of a curiousity and an expert in opinions.

This has extended to the classroom too. The pupils I teach have also on occasions been prompted to ask my opinion and to explain my point of view. It is here that I become most frustrated and infuriated with the politics of the last weeks. You see, in education we spend a great deal of time and effort instilling in our pupils qualities such as:

I could go on but I’m sure that you get the picture.

I have enormous problems politically with the whole Brexit campaign, but arguably I more enraged by the actions of the political leaders involved. What message can teachers give to their pupils about the behaviour of these so called leaders as one after the other turns and walk away.

“With great power comes great responsibility”, whether you attribute the quote to Voltaire, Churchill or Spider-Man the message is simple.  If you take stances that lead you into a position of power, there is a type of behaviour and integrity that goes hand in hand with that position. This is the message I would want to teach; indeed, I think most in the teaching profession would stand by it. It is hugely regrettable that a significant group in the British political elite have displayed such arrogance and contempt for their position as role models for young and old in recent weeks.