Is it a sign of the times, is my perception of the land across the Atlantic shifting? I was brought up on the art world of the U.S. It was a constant point of reference during my years at art school. For me it was, and still is, the abstract art that was the focus, large scale, often very lean and reduced. But the exhibition The American Dream spread across the Drentsmuseum in Assen, the Netherlands, and the museum in the northern German city of Emden, the focus is on figuration. Assen has responsibility for the twentieth century up until 1965.

The title The American Dream makes use of an often heard phrase, a dream, or an ideal perhaps. Either interpretation hints at a positive view of America, its people and way of life. From a distance I have often viewed this as maybe a bit brash, larger than life, a very ‘in your face’ view of the reality being depicted. However, and this may be being influenced by the current political and social shifts going on, the feeling I gain from seeing this exhibition is one of melancholy. This doesn’t feel like a land of hope, possibilities and of dreams, it’s just as much about suffering, disappointment and often loneliness. There seem to be figures adrift in the world, or at the very least, adrift in a sort of introspection and battles with the city, the landscape and nature. 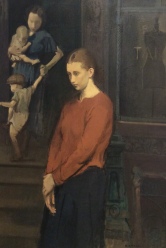 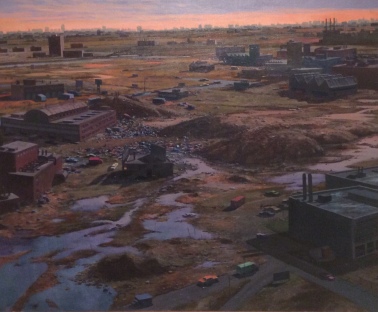 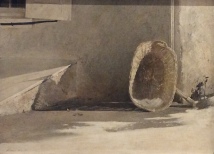 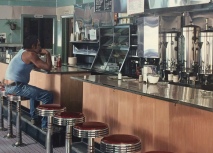 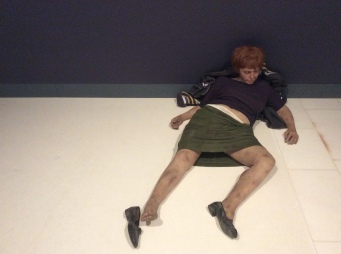 Even when an image of a brash, attractive surface is to be found, in this day and age it seems only too inviting to prick through its shiny surface and ask what is the reality playing out beneath. Is it a world that we might aspire to be part of? Is it a dream or is it even a dream that is sliding into something closer to a nightmare. 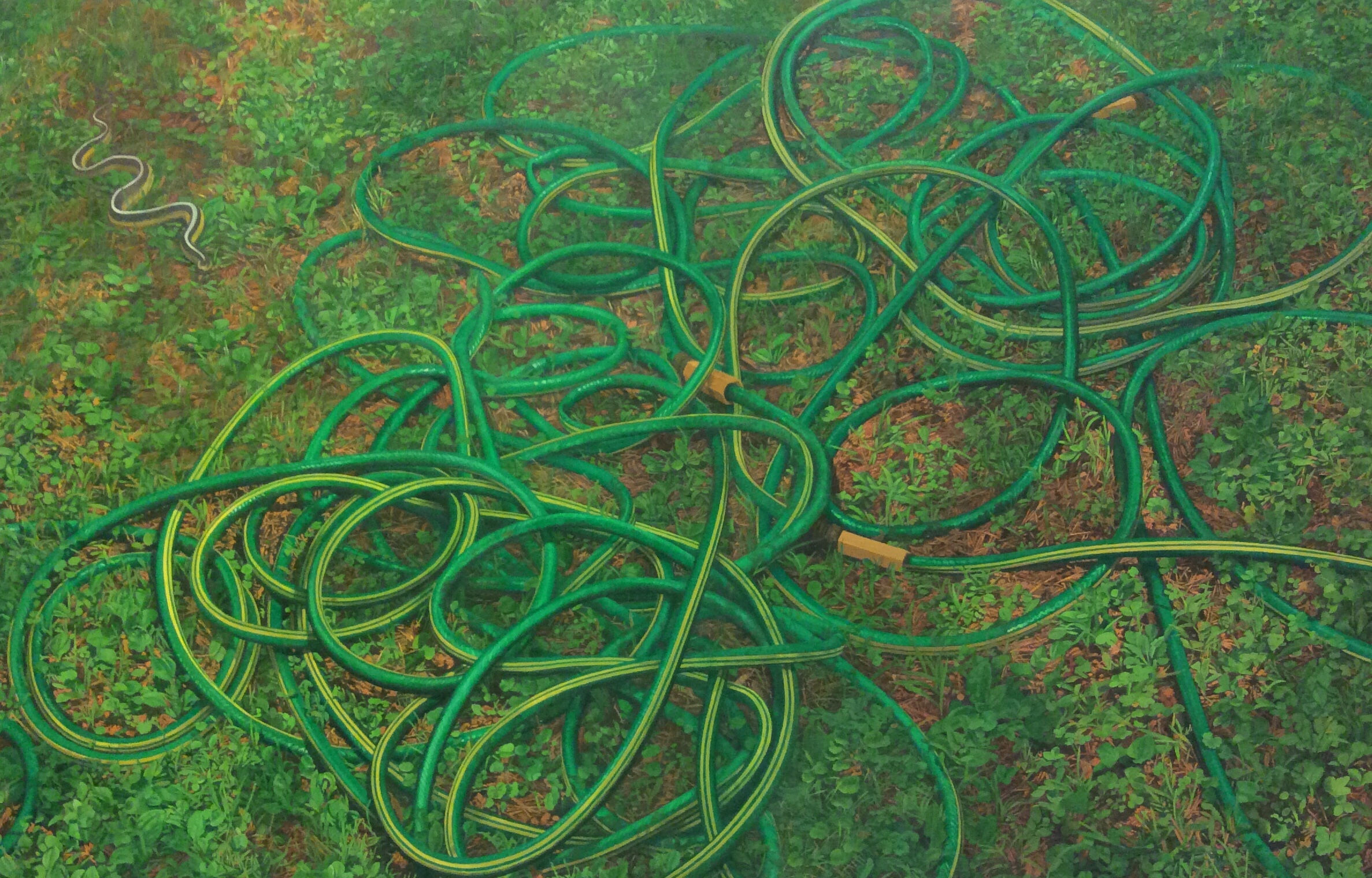 Melancholy can certainly be found in the single or isolated figures that people many of the pieces but at times it seems to take on an almost David Lynchian menace, with concealed narratives seeming to be lurking in the background. A link that is never any clearer than in Catharine Murphy’s painting In the Grass. In this case the snake that is approaching from the top left. But the hose pipe takes me in this context instantly back to the opening sequence of Lynch’s Blue Velvet and it’s tale of what lies beneath the tranquility of suburban America.

Even Roy Lichtenstein’s Crying Girl seems to have become charged with a sorrow that I haven’t ever felt before!

The star turn of the exhibition is Edward Hopper’s painting Morning Sun, a painting modeled of the artist’s then 68 year old wife. It’s a beautiful, serene image, but as with many of the artist’s works there hangs a series of questions. What are the thoughts being contemplated? Has something happened? What is playing out just beyond the frame of the painting? The very same questions I find myself asking about multiple artworks in the exhibition.